The following post was originally posted in November 2009 on my ill-fated Blogger page. I’ve brought it over here for archival purposes.

A few weeks back, I received an unexpected e-mail from a fan of an old Half-Life mod by the name of Nightwatch. This was a single player mod I started way back in 2002, a few months before I would strike my largest amateur success with Natural Selection’s ns_eclipse.

I’ve been meaning to partner this release with a postmortem of sorts on the mod’s successes and failures as well as as thorough a “where are they now?” list I can manage, but even after all this time I have a lot to say and this has been held back long enough. So, for anyone out there who might still be fighting the good fight with old Half-Life 1 content, or for anyone who wants to see what we were working with, please enjoy this:

The Nightwatch textures are… finally… released.

These files are the most recent I have, dating to November 2004 (a few months after my departure – there are some textures in here I hadn’t even seen before). It is possible that other former team members may have newer versions – if this is the case, please contact me and I’ll update accordingly.

—-
Here’s a small sampling of what you’ll receive: 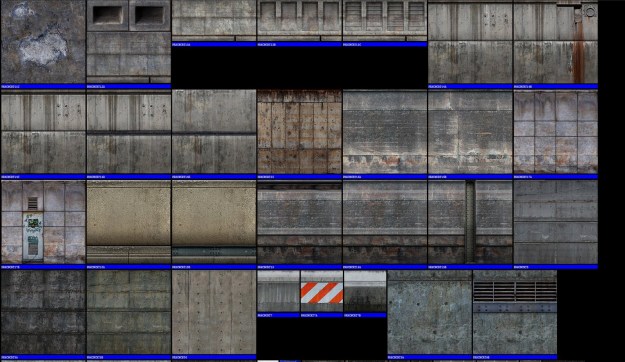 I don’t expect there will be much demand for these in 2009+, but I’m glad to finally make them available. I plan to see about a future .rmf release of some of our level source files.

I’ll be back later with a look back at the project and team that in a large part launched my career… despite also being my biggest failure.