For the past few months, I’ve been collaborating with colleague Matt Breit on his latest Quake 3 level, lun3dm5. The level is an artistic show piece inspired by this Peter Gric piece, using a single concrete texture on a large monolithic floating structure. To accomplish the cubed look, Matt has developed a Python “cube spew” script that generates cubes within set bounding volumes in Maya, giving this end result. Re-export back to .map, et voila! Cubes.

The plan has been in Matt’s head for quite some time now (this early style test dates back to late 2008), but he could never really get around to building a layout. As we talked about it earlier this year, I offered to build a layout for him and started piecing it together in my spare time in late April. After a few months of slow on/off progress, we finally hit our stride in the last week or two, rapidly firing drafts back and forth and bringing back the tag-team collaboration that once brought you q4ctf7 and q4dm11. This is good, as Robert Yang happened to feature the level in his October edition of “Levels to Look Out For,” requiring us to finish it this month.

As of yesterday’s playtest-ready compile of the level, my work here is pretty much done. Here’s a few shots of where it stands pre-cubing: 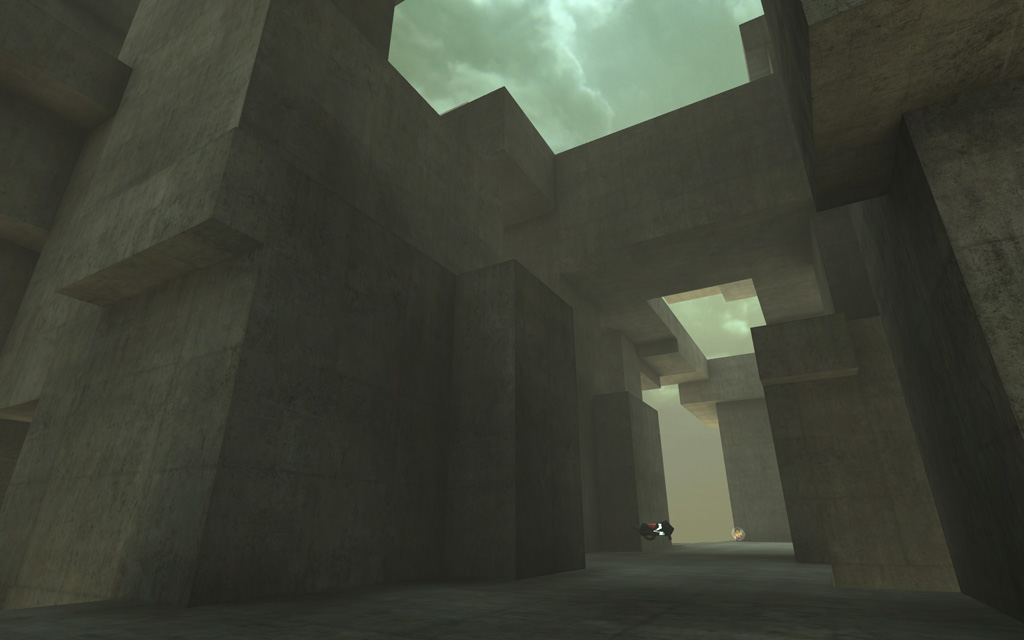 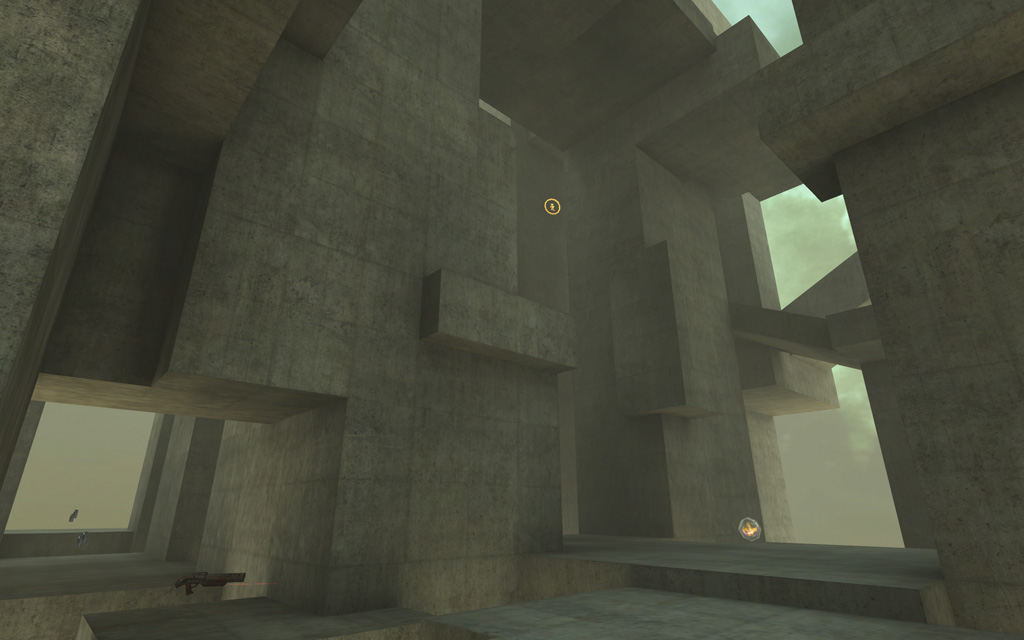 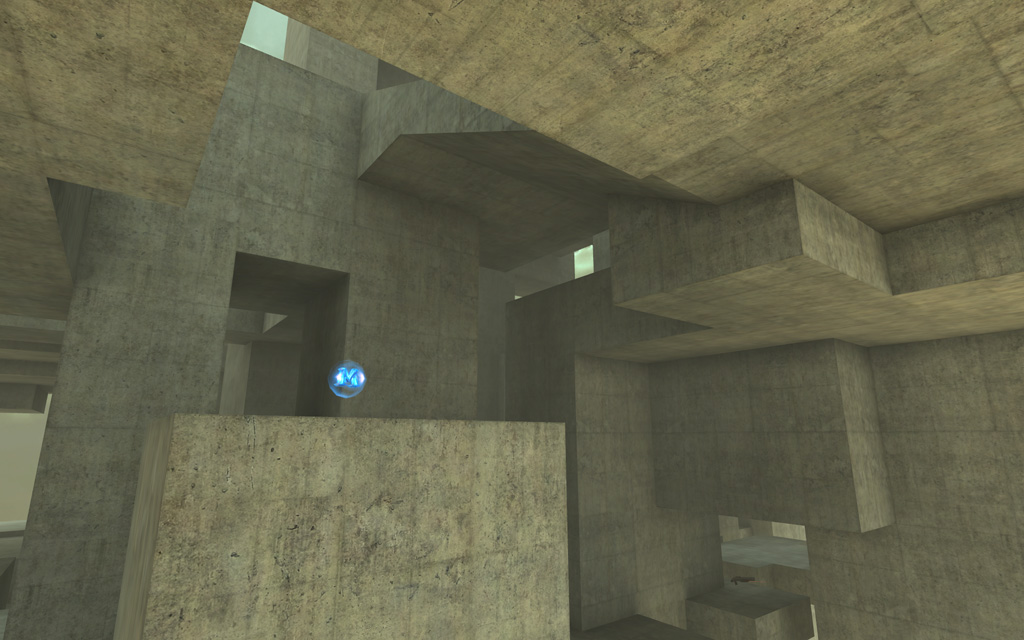 Look for more on this level in the very near future.